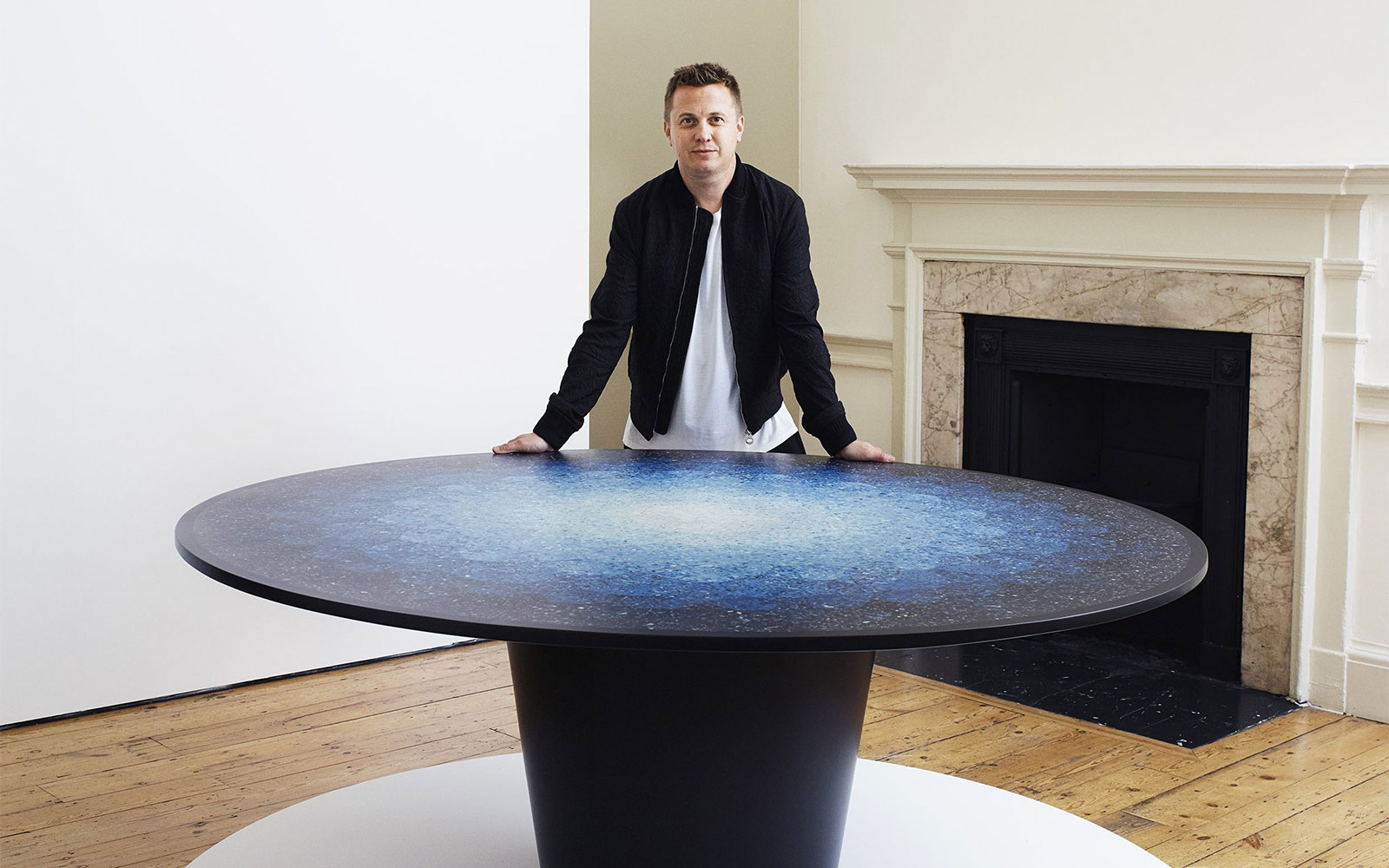 We are all ripples in the ocean. Every action we take can have incalculable reach. Such was the underlying message behind Australian designer Brodie Neill’s multi-sensory installation piece, commissioned in honor of London’s Design Festival to transform the lobby of the Foster& Partners designed ME hotel. Titled ‘A Drop in the Ocean’, the work was a nod to the global impact of his Gyro table, launched during last London’s Design Biennale, in 2017. Together, they address man’s relationship with the ocean, raising awareness about the problem we face from the plastic that increasingly engulfs and pollutes our waters. Crafted from half a million pieces of plastic discarded as waste, the Gyro table shone a spotlight on man’s detrimental impact on our most valuable resource, the planet, and gave an insight into how we can reimagine our waste. But can we as individuals make a difference? We catch up with Brodie from his East London studio to hear how one designer is tackling the problem.

What inspired you to start using design to tackle global problems?

The plastic in our oceans is a big issue. It’s had a previous function, been discarded and then it makes its way into our environment. So I began by identifying it as a useful material. We are living in a world producing and accumulating waste, which chokes our beaches and waterways. Working with recycled materials is something I’ve done for a while, from making felt from recycled PET to pieces like the Remix, crafted from 44 layers of materials sourced from scrap yards. I’ve been inspired to reinterpret materials that have been discarded into something precious.

Was there a specific trigger point for you?

It started with the National Gallery of Victoria, where I was exhibiting my Remix piece a few years ago. As part of a design conference called Parallels, I was invited alongside a group of international designers on an extended design camp on Bruny island, in the south of Tasmania, near my hometown Hobart. There were 30 of us there, working with nature and discussing design and the international issues and so on. This area near where I grew up is wild, untouched, with a very low population, and where the effects of mankind have never been as prevalent as they are in big cities. So it really struck me when I was walking along the beach to see such an abundance of beached plastic.

We are talking familiar everyday items, like drinking bottles, straws, and toothbrushes alongside fishing nets. It was such a big contrast to my childhood memories of these pristine places, and to go back 20 years later to see the same places littered with ocean plastic was quite a moving moment. At that point the seed was sown to see how my skill set as a designer could transform materials from ordinary to extraordinary; to use this waste as a building block, identify it as something of value and return it to the material economy while liberating the environment of its waste.

So how did that the seed evolve?

From there it simmered away until the opportunity came up to represent Australia at the  London Design Biennale in September 2016.  There was a lot of momentum from representing countries on how they would approach the topic of Utopia, which was the theme of the show, looking at what that Utopia means today and using this international platform to tackle global issues, such as water shortage, migration and increasing urban populations. Australia is the world’s largest island, so we felt it right to take a leading role in the dialogue  on the ubiquitous issue of ocean plastic and bring the conversation to the international round table, which then evolved into the Gyro table. That’s what we set out to achieve, and through a vast amount of research, we put the pieces together.

So what is a Gyro table?

Gyro takes its name from ‘gyre’, which refers to the network of currents that circulate ocean water around the world. Today, at the heart of these gyres are millions of tonnes of toxic plastic waste. Through my studio development, we pinpointed micro-plastic as the biggest problem. These are larger pieces breaking down through the motion of ocean gyres and exposure to UV light. These smaller pieces are the most harmful to sea-life, fish eat them, and then eventually we do too, so we looked at this material and how we could develop it in various ways and decided to fuse it together in a process called terrazzo. We used this to create a contemporary rendition of a 19 century specimen table-top, replacing the precious marble, timber and ivory in the Tavel with tiles created from a plastic composite called ocean terrazzo, which we inlaid in a kaleidoscopic diagram to depict the Earth’s longitudinal and latitudinal lines.

How exactly is ocean terrazzo made?

These pieces of plastic in the ocean can be a day old or 60 years and they range from polyethylene to styrene, anything really, there are so many different types and they all behave in different ways. You can only tell what they are by carbon dating, which is very expensive and time consuming, so we chose to use them as a mix of aggregate material combined with resin to create a composite that is then cut back and exposed as a multi-colored segment.  For the Gyro table, the colors were divided into whites, blues and blacks and then hand-pieced into a mosaic.

What kind of support did you call in?

In the research of it all, we worked with University of Tasmania who, with their location at the tip of the South Pacific and proximity to Antarctica, have a large marine biology division. We worked with scientists and researchers who contacted us with an international network of leaders in the field, and via social media we had a vast network of people collect, source and send micro-plastics from all corners of the world; everyone from oceanographers to marine biologists to beach cleaners and dog walkers. We cleaned and processed the plastic and then crafted it into the form of the Gyro table. The outcome was very galactic too, so it was a very poignant and provocative piece for the Biennale.

Did it get the impact you hoped?

It stimulated a lot of engagement and interest, resulting in press coverage from influencers like the NYT and BBC worldwide. People are amazed by the magnitude and scale of the Gyro table, the way the small fragments come together in this amazing pattern, but if you saw these pieces on the beach, you would think, quite rightly, that they are disgusting. They shouldn’t be there and we need to be do something about it. It was a very powerful piece, and from here we have been developing it further into pieces that aren’t so labour intensive, and finding ways to create furniture pieces from ocean plastic using the single cast method.

How can this shift people’s behavior?

We are trying to show the vast quantity and value of plastics that exist, especially single use.  We need to curb that while identifying what a big problem it is. There are few beaches in the world that don’t suffer from this. The developing world is adopting plastic at a rate that is astronomical, I was recently in a supermarket in Thailand and totally amazed at the packaging. The entire place was full of plastic and if they don’t have a recycling facility, the education and the infrastructure to collect and process, who is to say that every item won’t enter the environment.  One thing we find a lot of is nurdles, which is virgin plastic that has never been turned into anything. It’s really disheartening because at least with a bottle or fork, it had a function, but these are plastic pellets that have found their way to factory floor which gets hosed down and pieces slip through the drain, filter into the river estuaries and into the ocean, and into our systems. People collect them and send them to us in the millions. Have you ever seen those tiny blue biros in betting shops and banks? People pick them up absent-mindedly and then drop them on the pavement and they end up in the sewage system until the beaches of Cornwall are covered in them.

We need to shift our attitude towards plastic, to understand that whatever we discard, from bottles to packaging, needs to be done responsibly. Each of us has the responsibility to how we discard our waste.  Small actions, such as not using plastic forks and straws, make a difference, as does being religious about recycling, but it comes down to corporations taking a part. Then we need to look at how we keep plastic within a closed loop material economy. Change the legislation, encourage people to recycle through rewards, make it easier to do. There are a lot of issues.

Can design pave the way for expanding our awareness?

I don’t think it can solve the problem all on its own, but if we can shift people’s perception to what plastic is and take a stand that it shouldn’t be in the environment, that’s a sizeable step. There aren’t a lot of designers and artists working with ocean plastic but hopefully that changes. As we said before, my contribution is only small, it’s a knock on effect that leads to larger inroads to the problem, but I’d prefer to contribute to not just raising more awareness but having more effect. That’s what we are working on at the moment.

‍How do you see things unfolding 100 years from now and what are the key steps along the way?

I think it will get worse before it gets better, probably caused by, as we touched on, the vast consumption of plastic in rapidly developing communities without the infrastructure in place to deal with it.  Hopefully there will be a turning point when we realize enough is enough and return to a permaculture approach more inline with living in harmony with nature.  We will never be perfect. There will always be jet planes and exotic foods flown in, but if we can be smart about the way we make things, and how we reuse and remake things, we can achieve a closed loop lifestyle.

Born in the wilds of Tasmania and with a deep passion and connection to nature, what draws you to London?

I arrived after a Masters at RISD and a brief stint in New York as I wanted to be closer to the nexus of the design industry, which was so Euro-centric and I found London to be hot bed of inspiration. It seemed like the perfect location, and in many ways it still is, it’s a fantastic place for connectivity and dialogue. 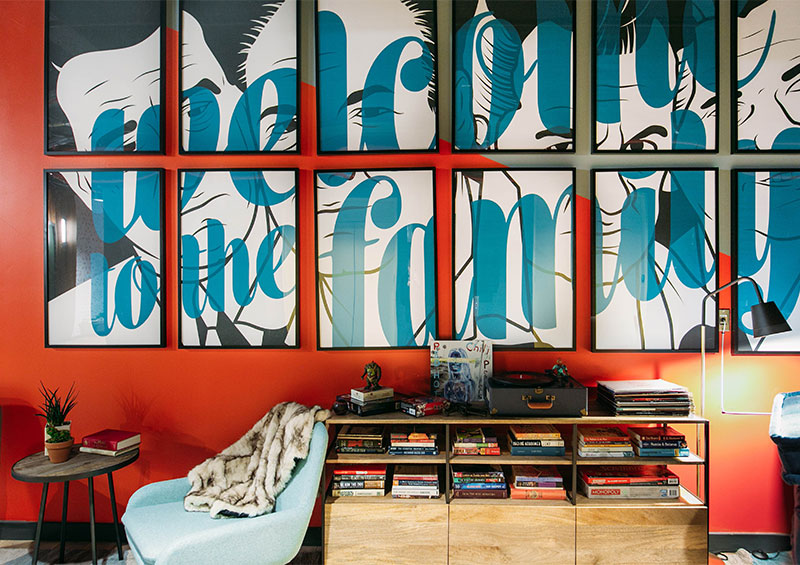 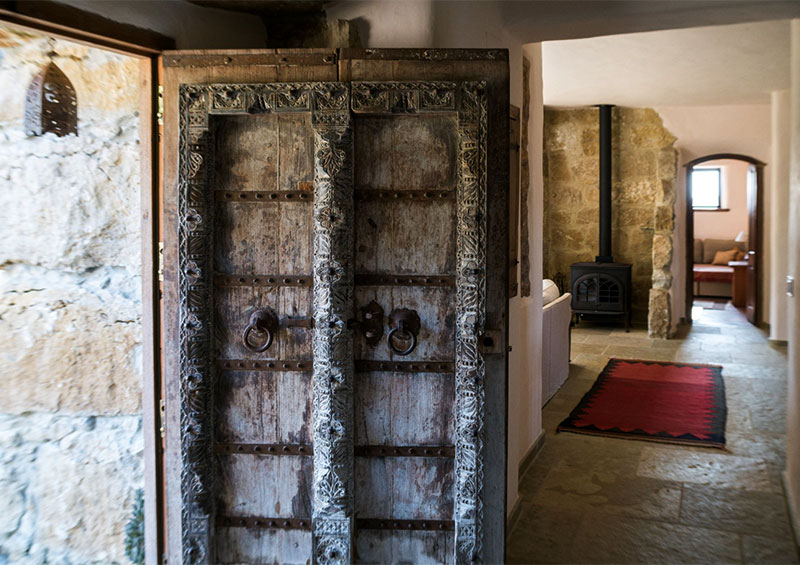 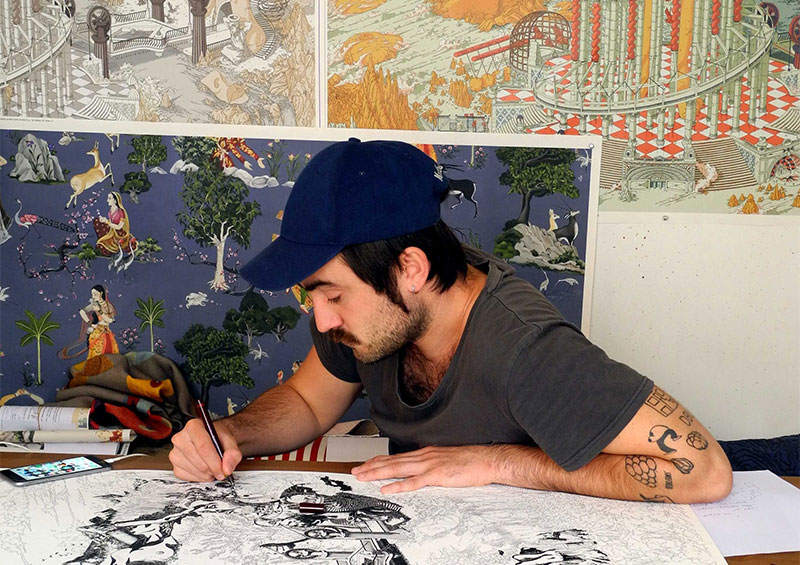 less is more or less